Did you know that pearl barley has 2-3 times the fibre as brown rice? (Including more cholesterol and blood sugar friendly soluble fibre.) Plus it has a heartier, chewy texture. As we saw in last week’s post, it’s one of the more affordable grains. Grown in Canada too.

Do you need more barley in your life or what?

But besides soup, what can you do with it?

One option is to cook it in water just like rice. I do that if we’re having it with something saucy and flavourful. (Like this Kickin’ Chicken.)

But if you want barley to deliver a bit more pizzazz on it’s own, a pilaf is a great option! With pilafs, the grain is usually toasted first and cooked in a flavourful liquid like chicken stock or white wine. Pilafs often also include vegetables like onions, carrots, or peas.

Pilafs are versatile: You can toss in just about any vegetable you have on hand. I went with asparagus because it’s in season, but this would also be good with broccoli, kale, bell peppers, mushrooms… whatever you like.

Add the vegetables earlier if they need to cook more (like mushrooms) or later as I did with the asparagus, if you want them just steamed a bit.

(I had celery in an earlier version of this, which you can see in the photo below, but I took it out to keep things simple.)

Pair with your protein of choice and ideally a few more veggies or a salad. This goes nicely with chicken or fish, or you can fold in some frozen edamame for a great plant-based combo.

A few words about the ingredients:

Pearl barley – Surprisingly, not actually a whole grain! But barley is unique in that there is fibre throughout the grain, unlike wheat and rice where most of it is in the protective outer shell or “bran”. So when the bran is removed from pearl barley, we still get lots of fibre (and other nutrients). “Pot barley” has a little of the bran left, but you get just a little more fibre. “Hulled barley” has the bran intact, but it’s still not that much more fibre, and it takes much longer to cook. So pearl barley it is. (Note: Barley is not gluten-free, if you need that.) 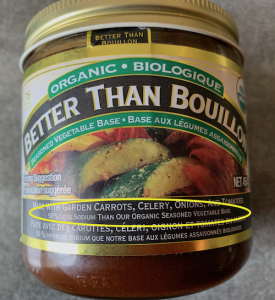 Reduced-sodium vegetable base – the one I use is this Better Than Bouillon. (I have no affiliation with them.) If sodium is a priority for you, look for the words “50% less sodium” on the jar. Bring your reading glasses because they’re TINY.

This ingredient adds 350 mg sodium to the recipe, so if you substitute, just look for something similar. (A Knorr vegetable cube is 1780mg in comparison. Hellooooooo sodium.)

You can also add pre-made liquid broth or stock if you have that. Just cut back accordingly on the water.

White wine – this is also nice with wine (in the dish!) if you have some on hand. Just use 1/2 cup or so, and cut back on the water to compensate.

Salt?! – This might be a surprise in a heart-healthy recipe, but there’s no need to eliminate salt entirely. A little goes a long way towards bringing up the flavour of the other ingredients. It adds just under 100mg of sodium per cup.

You can leave it out if you’re pairing this with higher sodium protein food – say rotisserie chicken from the deli. There’s still a bit in the vegetable base. But if you leave it in, don’t worry, it’s not much. This is still much lower in sodium than flavoured rice from a package or a restaurant.

Asparagus – I keep the cooking time very short so it stays bright green and crisp. It will cook a bit more by the time it gets to the table.

As always, let me know what you think! Your heart-healthy cooking insights are always welcome in our Sweet Spot Heart-Healthy Cooking Club. 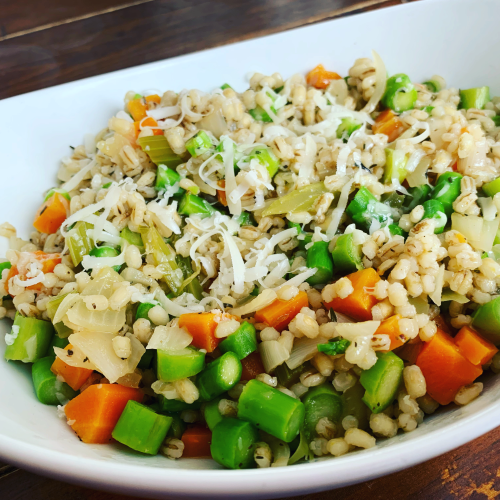 Versatile, fibre-rich, heart-healthy side dish. If asparagus isn’t in season (or your favourite), substitute whatever vegetables you like. 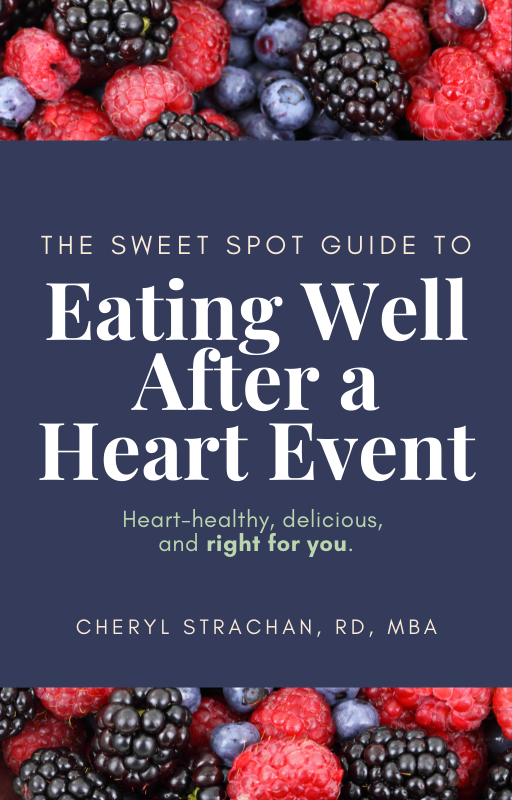 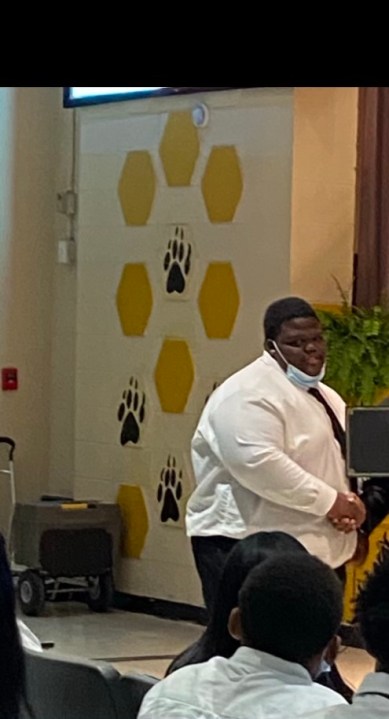